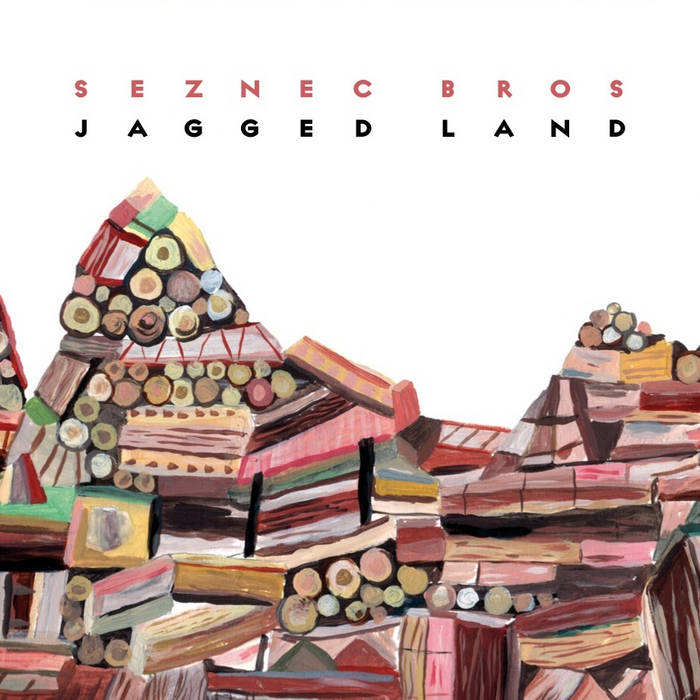 The Seznec Brothers are the Franco-American musicians Cory and Yann Seznec. Involved in different musical worlds and living in different cities, the bros got together as much as they could over the past year to put together this batch of tunes that feature three re-invented traditional tunes and eight originals.
Cory sings and plays guitars, banjos (gourd and open-backed), and charango. Yann sings and plays guitars, keys/piano, some bass, and trumpet.
Several of their musician friends joined forces with them to back them up on various tracks: Thomas Bailey on fiddle, percussionist Paul Clifford, bassist Stephen Harrison, Pedro Kouyaté on kamelngoni (Malian harp), percussionist Renaud Ollivier, and drummer Peter Vilk.

All music was written by the Seznec Brothers, except Arkansas Sheik (trad.), Mother’s Last Word To Her Son (Washington Phillips), and Tryin’ To Get Home (Rev. Gary Davis).
Recorded by Yann Seznec in London, Edinburgh, Annapolis, Ervy-le-Châtel, and finally at Studio La Fugitive in Paris, France.
Produced by the Seznec Brothers
Mastered by Sound Lab
Artwork and layout by Antoine Corbineau

The Seznec Brothers are Cory and Yann. They really are brothers, though it may seem like an elaborate ruse to gain credibility. Cory lives in France. Yann lives in Scotland. When they meet up they make music. Sometimes they invite people to play with them. ... more